Skip to content
I like travelling, beer and food so I thought I'd blog about it. Any times, prices or other details quoted are only correct at the time I was there – they may be the same when you read this, but they may also not be!
Belgian beer Spanish beer Czech beer craft beer customer service cycling Polish beer brewery beer festival tourdefrance beer Leeds doncaster recipe German Beer Trappist pubs CzechRep curry French beer

According to Pumpkin Rescue, 18000 tonnes of pumpkin are wasted in the UK each year – that’s quite a few meals.  So far this year, we’ve 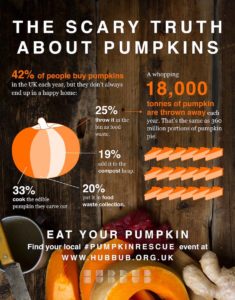 had at least six meals with our first pumpkin and there’s enough in the freezer for three or four more.  Most of these recipes will work with frozen pumpkin cubes, and they’re generally better in the sauce based dishes.

Pumpkin soup  – the old favourite.  Pumpkin, sauteed in a touch of oil with onions.  Add some Jamaican all purpose seasoning and allspice (if you wish) along withe some stock and milk and then blend when cooked.  Add a touch of creme fraiche and salt & pepper if needed.

White pumpkin chilli stew – a different take on a traditional chilli con carne.  Sautee some onions until soft but not brown.  Add cubed pumpkin and sautee for a few more minutes.  Now for the interesting bit – finely chop a chilli of your choice – I usually use a super-hot such as a Carolina Reaper or a Trinidad Scorpian.  Use as sparingly as you see fit.  Then, add some Jamaican all purpose seasoning, salt & pepper, milk and a little stock and cook until the pumpkin is done.  Add thyme and borlotti beans or sweetcorn (or both) and contintue cooking until they’re heated through.  Serve with rice.

Italian pumpkin pasta sauce – roast or sautee cubes of pumpkin until brown.  Add milk, cook until done and blend.  In a separate pan, sautee onions until brown, add Quorn mince until that starts to brown too then add smoked paprika, mace, salt and pepper and stir in the sauce.  Cook until the harshness of the mace is cooked out, add cooked pasta – tube types work best along with some peas (I like peas!), perhaps some creme fraiche and a touch of milk or water if it’s too thick, heat through and serve with a shaving of parmesan.

Pumpkin rice one pot – sautee pumpkin and carrot cubes, until starting to brown, add thinly sliced onions.  When they start to brown, add rice and continue to cook for a few minutes.  Add coriander, cumin, cinnamon and cook for another minute or so.  Add double the volume of stock to the rice, stir and add a few good handfuls of spinach or a few frozen spinach pellets.  Try not to stir too much but keep an eye so it doesn’t dry out too much.  Add peas at the end if desired.  You can also add diced chicken at the carrot stage, or a chick peas with the spinach.

Pumpkin risotto – bit of a theme here – sautee cubed pumpkin, add sliced onions, until just starting to turn brown, add the risotto rice, stir for a few minutes and add a ladle of stock each time the pan starts to go dry.  Stir all the time and finsih off with stirring in some parmesan (peas) and whatever herbs, fresh or dried that you fancy

What’s next?  We’ve not had an Indian style curry – these work well, but I’m really excited about trying pumpkin houmous.