Skip to content
I like travelling, beer and food so I thought I'd blog about it. Any times, prices or other details quoted are only correct at the time I was there – they may be the same when you read this, but they may also not be!
Czech beer French beer beer recipe Trappist tourdefrance beer festival German Beer pubs doncaster craft beer customer service Leeds cycling Spanish beer Polish beer curry brewery CzechRep Belgian beer

Sheffield’s got one. So does York. And Dewsbury and Huddersfield. What’s he talking about? Station pubs. 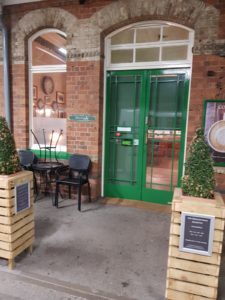 When I heard that Doncaster was getting its very own station pub I was quite excited and then became sceptical when I learnt that it was on one of the platforms. Other station pubs tend to be in the concourse area so there’s some passing trade although to be fair, Doncaster station isn’t really the sort of place you just pass (but may be after the improvements have been done).

So – April came and The Draughtsman opened.

Russ, one of the owners did all the work converting it from a disused store room back to its glory of when it was originally built. It’s not big inside, but there’s some seating outside on the platform. I prefer to stay inside to look at the brilliantly restored tilework and chat to Russ and Luke, his son who helps run the bar. 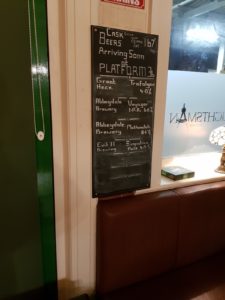 They’ve a better beer range than many of the bigger pubs in town with 3 handpumps, 5 keg lines, bottles and GIN! They’ve had 160 different cask beers in the first 6 months or so and I’m told that turnover is so good, beers are rarely on the pumps for more than 2 or 3 days.

So – what’s the secret to their success? Location may have something to do with it after all, but quite often I’ve heard of people making a special trip to go there and not just when they’re passing through the station. I’ve blogged about it before, but I think one of the key reasons of their success is the guys who run the Draughtsman – their knowledge and outstanding customer service – good beer comes naturally after this. 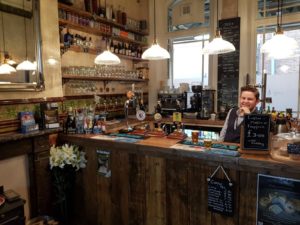 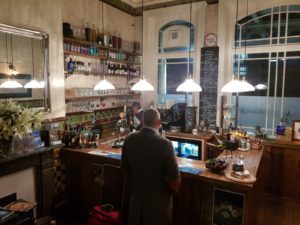